We play with I.C.E.’s Rolemaster 2nd edition. I tried to figure out how dying works according to the rules.  I am not quite sure if I got it right. However this is how we do it. 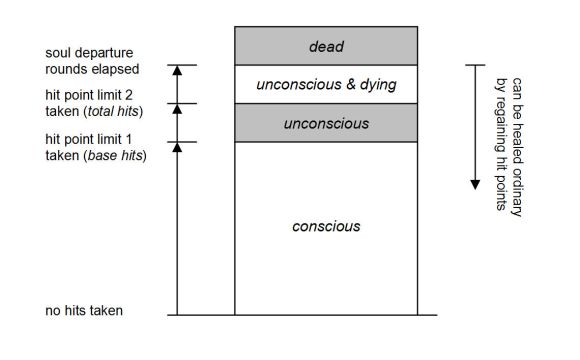